IPL 2021: Former India opener Gautam Gambhir said Virat Kohli has a massive cushion in someone like AB de Villiers in the middle order but pointed out that there is pressure on the two star cricketers with RCB not being able to win a title yet.

Former India batsman Gautam Gambhir said AB de Villiers is a massive cushion for Royal Challengers Bangalore as they look to dominate opposition teams and build on the good start to Indian Premier League 2021 when the tournament resumes from September 19 in the UAE.

Gautam Gambhir marvelled at AB de Villiers's ability to take on the best in the business, saying he has never seen someone dominate a bowler like Jasprit Bumrah so consistently. De Villiers has hit 112 runs against Bumrah at a strike rate of over 140 and has been dismissed by the Mumbai Indians bowler only twice in his IPL career.

Gambhir said Virat Kohli will benefit from the presence of de Viliiers and Glenn Maxwell in the middle-order. Notably, Kohli will be looking to continue opening the innings for RCB, keeping in mind the role that he might play for India at the T20 World Cup.

"He (Virat Kohli) has got people like AB de Villiers and Glenn Maxwell, which is a huge cushion to have. Even if it's not Maxwell, AB is a massive cushion because there is only one person who can take on someone like Jasprit Bumrah and it was AB de Villiers. I have not seen anyone else who has done that consistently against Bumrah, but AB is a freak," Gambhir told Star Sports.

However, the former Kolkata Knight Riders captain, who led the team to 2 IPL trophies, highlighted that the two superstar batsmen in Kohli and de Villiers will be under pressure as RCB have not been able to get their hands on the IPL trophy.

"You probably get 2 or 3 international bowlers (in the IPL) and then you've got domestic bowlers as well, whom you could dominate. So, probably there's a lot of pressure on Virat and AB as well, which could be one of the reasons and year after year, if you don't win that title the pressure keeps on increasing as well."

AB de Villiers has not played competitive cricket since May but the former South Africa batsmen sent a warning signal to opposition teams, hitting a 46-ball 104 in an intra-squad warm-up match for RCB on Tuesday. De Villiers hit 10 sixes and 7 boundaries, showcasing he is ready to dominate bowling attacks once again.

RCB are currently at the 3rd spot of the 8-team points table. They will resume their campaign against Kolkata Knight Riders on September 20. 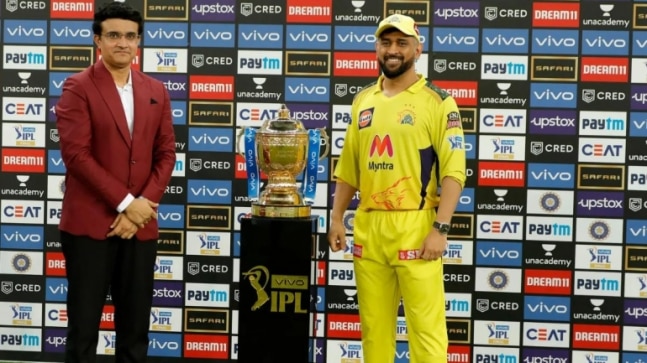