‘Bengal Wants a Daughter But it's Not Mamata’: BJP Ups Its Slogan Game to Counter TMC’s Campaign

A week after Trinamool Congress launched its massive poll slogan ‘Singh Bangla Nijer Meyeke Chai’, which translates to ‘West Bengal wants its own daughter as its face’, its principal opponent in Bengal, Bhartiya Janata Party, has launched a counter slogan.

The BJP’s comeback slogan, ‘Bangla Nijer Meyeke Chai, Pishi Not’, translates to ‘Bengal wants its own daughter as its face but not Pishi (Mamata)’.

“There is no resonance for Mamata Banerjee as Bengal’s daughter. If at all, she has failed the mothers and daughters of the state with soaring crime against women, falling education levels and lower participation in labour force. She has pushed the state behind by decades. Bengal now wants to be part of the New India growth story,” Amit Malviya, Bengal BJP in-charge, told CNN News18.

Locket Chatterjee, BJP’s member of parliament in Lok Sabha, said the campaign launched by the party and the collage of prominent BJP women leaders are very symbolic. “The larger message is that every woman in our state is the face of Bengal,” Chatterjee said.

Six years ago, Sreerupa Mitra Choudhary had launched a campaign called ‘Fearless Village’ from where she got her name Nirbhoy Didi. Sreerupa, who is now the vice president of party’s Kisan Morcha, said, “The state of women in this regime of Mamata is despicable…For her to talk of women empowerment is a mockery in itself.”

The Trinamool Congress attacked the BJP, saying women have no prominence in the party and are often treated as second fiddlea. The party said TMC with a woman’s face as chief ministership is a symbol enough for women empowerment.

On the campaign trail in Kolkata on Friday, Union Minister Smriti Irani hit out at Mamata Banerjee, saying, “We do not need a lecture on women empowerment. Ours is a party led by a man who gave 33% reservation for women within the organisation itself and it was way ahead of anybody else.”

The campaign war and war of slogans between the two parties is the latest face off in what is being termed as the most bitterly fought election in the recent times. 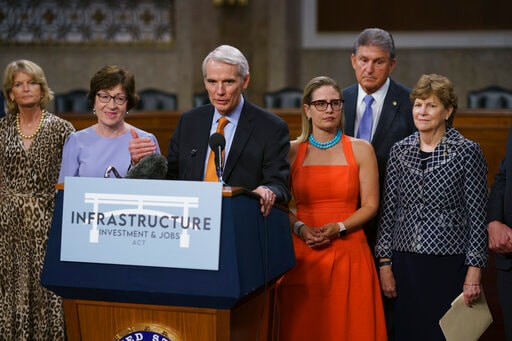