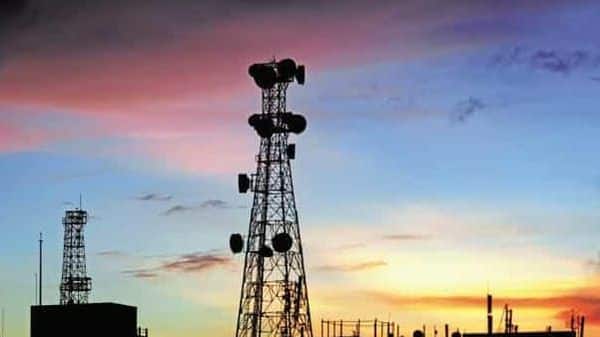 NEW DELHI: The Union cabinet on Wednesday approved a host of policy measures to provide relief to the cash-strapped telecom sector, including a four-year moratorium on payment of statutory dues by telcos and allowing 100% foreign investment through the automatic route

Telecom minister Ashwini Vaishnaw, at a press briefing, said the Union cabinet also approved nine structural changes and five process reforms which will bring a qualitative change in the sector.

One of the major elements of the package is the relief on dues related to adjusted gross revenue (AGR) which is expected to benefit companies like Vodafone Idea and Bharti Airtel. This move likely boost cash flows, lessen financial burden, help save jobs in the sector and ensure competition in the industry.

“AGR or adjusted gross revenue has been a contentious and highly litigated issue. It has been decided to rationalise AGR definition. Non-telecom revenue will be removed from AGR. This resolves this contentious issue," Vaishnaw said.

The Cabinet also approved a four-year moratorium on telecom sector dues. To protect government revenues, interest will be payable by those availing of the moratorium. This would be MCLR plus 2%. This will resolve the problem of cash flow problem faced by the industry and improved cashflow can be utilised for technology upgradation, the minister said.

Vodafone Idea has a total liability of ₹1.92 trillion. Of this, it owes ₹58,000 crore to the government as AGR dues. The rest of the amount includes spectrum-related dues and bank loans. In July, the Supreme Court had dismissed the telco’s plea to allow payment of self-assessed AGR dues that are way lower than that demanded by the telecom department.

The other structural reform is about spectrum user charge and license fee and other charges. On these charges, there has been heavy interest, penalty and interest on penalty regime, the minister explained.

“This regime was an undue burden on the industry participants. Today, it has been rationalised. Monthly compounding of interest has been changed to annual compounding. A very reasonable interest rate of Marginal Cost of funds based Lending Rate (MCLR) plus 2% has been approved and penalty has been eliminated completely. These two decisions open up the way for big investments into the telecom sector," the minister said.

In future auctions, the spectrum duration will be for 30 years, instead of 20 now. “If someone took spectrum and business conditions and technology changed, after a ten-year lock in period, after paying defined surrender charge, spectrum can also be surrendered. This is a big flexibility given to the industry," the minister added.

The government also liberalised the foreign ownership rules. In telecom sector, 100% FDI was allowed but only 49% was through the automatic route. “Today, the cabinet decided that 100% FDI in automatic route is allowed in the sector with safeguards," the minister said.

The package is likely to benefit companies Vodafone Idea and Bharti Airtel. The operating environment remained challenging in FY21 due to unsustainable pricing and hyper competition in the market which got further aggravated by the Covid-19 pandemic, Vodafone Idea said in its annual report for the year. The company, however, finds the increased digital penetration a “massive opportunity" when pricing revives in future. To deal with the financial challenges, Vodafone Idea had undertaken a ₹40 billion a year cost saving exercise last fiscal.

On 4 August, Vodafone Idea's board accepted chairman Kumar Mangalam Birla’s request to step down, as he distanced himself from the beleaguered telecom operator, Mint had reported.

'Radhe Shyam' director does not rule out postponement due to Covid

It's snowing at these places!