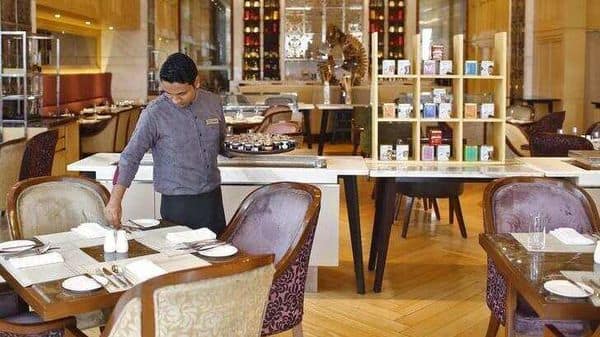 Deputy Commissioner Ranjeet Singh has said in an order that this practice has been viewed 'very seriously', adding that the absence of 2D bar-code on the bottle will be treated as 'non duty paid liquor' and action will be taken

Delhi's excise department has warned of strict action against Delhi's clubs, hotels and restaurants if they are found using liquor bottles to serve alcohol, without the 2D bar-code.

This comes after certain establishments were found using liquor and beer bottles which did not have 2D bar-code and those that were not readable.

Deputy Commissioner Ranjeet Singh has said in an order that this practice has been viewed "very seriously", adding that the absence of 2D bar-code on the bottle will be treated as "non duty paid liquor" and action will be taken.

There are over 1,000 hotels, clubs and restro-bars in the national capital which have an excise license to serve liquor to their customers, according to news agency PTI.

Ranjeet Singh has directed these places to paste the 2D bar-code with a cello tape in order to avoid it from coming off the bottle while serving alcohol.

"The absence of 2D bar-code on the bottle will be treated as "non duty paid liquor" in the licensed premises and necessary action as deemed fit as per the Delhi Excise Act 2009 and Delhi Excise Rules, 2010 will be initiated against delinquent licensee," he said in the order issued on February 23.

During the COVID-19-induced lockdown last year, the excise department had allowed restro-bars, hotels, and clubs to sell their stock of beer expiring by July 15 to liquor shops on several occasions in a bid to minimise their financial losses.

In December, a panel recommended that retail liquor licenses other than government corporation be allotted through lottery system once in every two years, a move that will allow flexibility in rules for new private liquor shops in the city.

The panel, set up by Deputy Chief Minister Manish Sisodia in September, has suggested lowering legal drinking age to 21 from the 25 in the national capital.

Sisodia had constituted the committee under the chairmanship of the excise commissioner to recommend measures to increase excise revenue and ways to simplify liquor pricing as well as boost the hotel and restaurant industry.

It stated that there should be three liquor vends in each of 272 municipal wards in the national capital totalling 816 vends, besides one country liquor vend in each of 70 assembly constituencies. At Indira Gandhi International Aiport, six liquor vends should be set up, the committee said in its recommendations.

With inputs from PTI