Dia Mirza has shared the first ever picture of son Avyaan on social media, introducing her newborn to her million of followers. Dressed in loose kaftaan, the sketched image captured Dia warmly hugging baby Avyaan. “Our story has only just begun Avyaan,” Dia had captioned the picture and penned the date - 15.09.2021 with it. 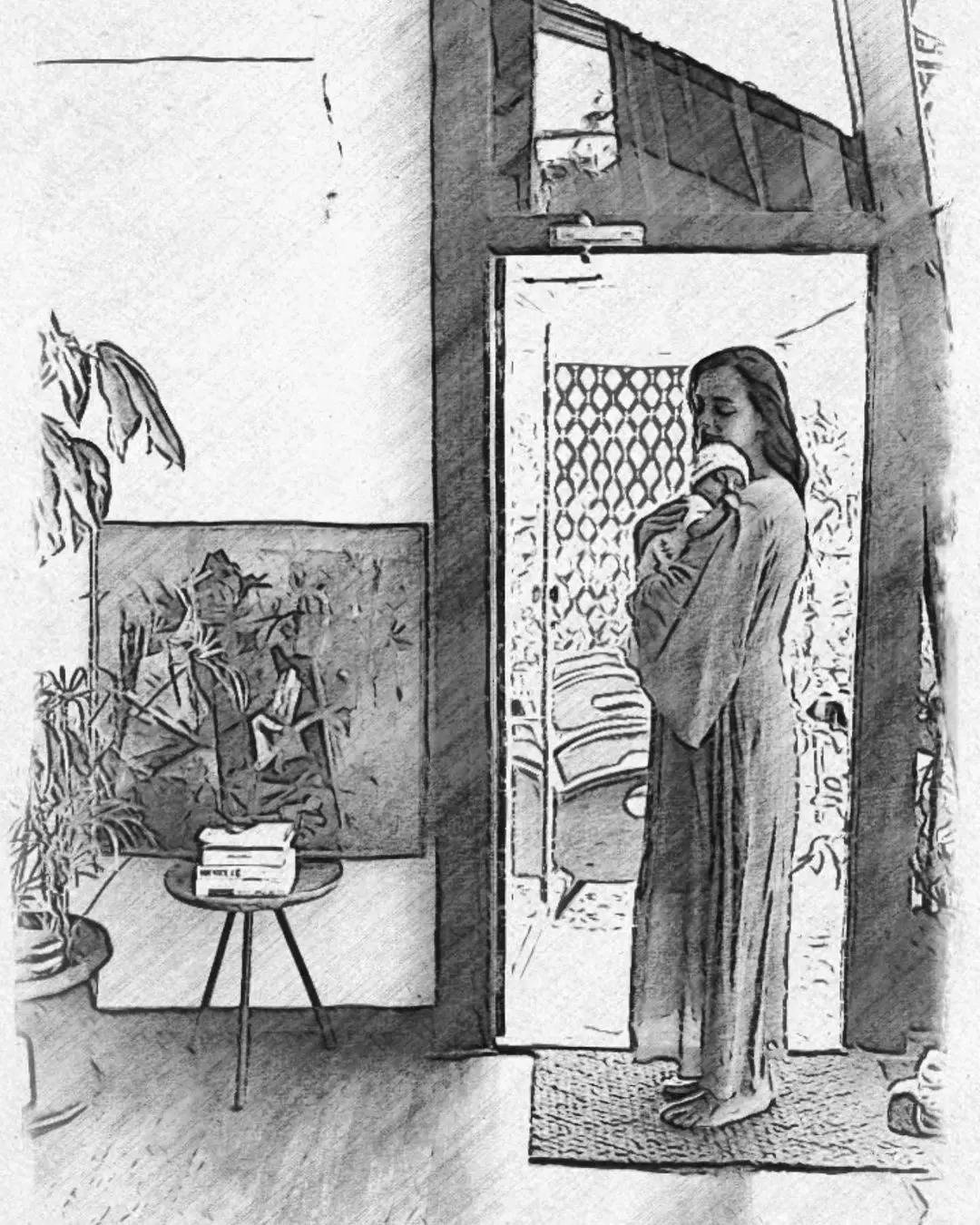 On February 15, Dia Mirza tied the knot with Vaibhav Rekhi in a private wedding hosted at her Mumbai residence. The nuptials were attended by close family and friends of the couple. Soon after, Dia and Vaibhav took off to Maldives for their honeymoon and announced that they are expecting their first baby together. In May Dia and Vaibhav turned parents to Avyaan.

Announcing the birth of her son, Dia had shared on Instagram, “Having arrived early, our little miracle has since then been cared for by tireless nurses and doctors in the Neonatal ICU. A sudden appendectomy during my pregnancy and a subsequent and very severe bacterial infection could have led to sepsis and proven to be life threatening. Thankfully, the timely care and intervention by our doctor ensured the safe birth of our baby via an emergency C-section. As we watch this tiny being, this Zen master in awe and wonder, we learn from him, in all humility, the true meaning of trusting the universe and of parenthood. And to not be afraid, and so we humbly take the lead from his resilience and courage. We do not have enough words to thank all those who continue to help us live this story of hope and faith and create a safe, healing, nurturing space for Avyaan and I. He will be home soon and his elder sister Samaira and grand parents are waiting to hold him in their arms.”