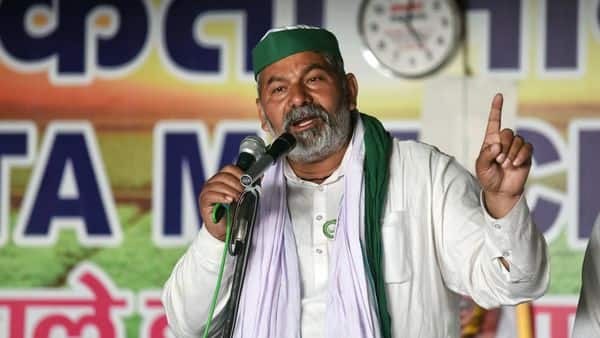 Amid the ongoing farmers' protest against the three contentious farm laws, Bharatiya Kisan Union (BKU) leader Rakesh Tikait will hold a Kisan Mahapanchayat at Lakhnaur in Saharanpur district of Uttar Pradesh on Sunday.

According to news agency ANI, a company of Provincial Armed Constabulary (PAC) and personnel from at least four police stations have been deployed to maintain law and order in the state during the gathering.

Police will also monitor the speeches of Kisan Mahapanchayat.

The Mahapanchayat is part of a five-state tour to be taken up by Tikait to drum up support for the farmers' protest.

The convener of south Indian states farmer's movement KT Gangadhar had also earlier said that Tikait and another BKU leader Yudhvir Singh will participate in the farmers' protest rally in Shivamogga city on 20 March.

"The central government passed the farm bills through an ordinance, which is undemocratic. We decided to boycott the laws including the Karnataka state land reforms amendment act. We decided to unit all organizations including pro-Kannada groups, Dalit organizations, we will meet at Shivamogga to show the strength of farmers," Gangadhar told ANI.

"Farmer leaders including Yudhvir Singh and Rakesh Tikait will participate in the rally. Shivamogga has a history of socialist and farmers movements. Great leaders like Kagodu Thimmappa is with us. This will be a mega movement and we will give a new message to the government, it will gradually expand to southern states," he added.

Farmers have been protesting on the different borders of the national capital since 26 November last year against the three newly enacted farm laws - Farmers' Produce Trade and Commerce (Promotion and Facilitation) Act, 2020; the Farmers Empowerment and Protection) Agreement on Price Assurance and farm Services Act 2020 and the Essential Commodities (Amendment) Act, 2020.