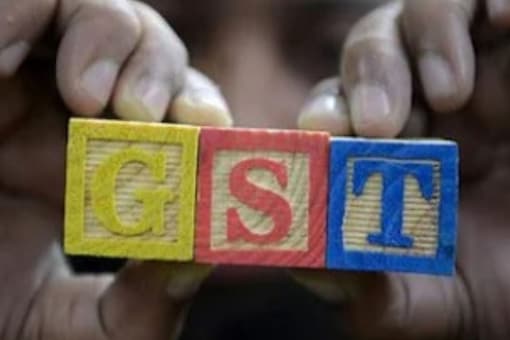 GST Council Meeting Today: From bringing petrol under the ambit of GST to rate ratinalisation, a host of issues were up for discussion on Friday.

Finance Minister Nirmala Sitharaman chaired the 45th Goods and Service Tax (GST) Council meeting in Lucknow on Friday. This was the first in-person GST meet since Covid-19 pandemic. From bringing petrol under the ambit of GST to rate ratinalisation, a host of issues were up for discussion on Friday. The GST Council has decided to cut tax on life-saving expensive drugs. The finance minister mentioned that the issue of bringing petroleum products under the purview of GST was discussed in the meeting on September 17 after the recent directive of Kerala High Court.

“The outcome of GST council meeting is more on expected lines without any major surprises. The fact that states are not going to accept bringing in petrol and diesel under GST was on expected lines, given the fact that VAT on these products are major source of revenue for the states," said Divakar Vijayasarathy, founder and managing partner, DVS Advisors LLP.

The GST Council also approved the proposal of reducing GST from 12 per cent to 5 per cent to the seven more drugs till December 31, 2021. These are Itolizumab, Posaconazole, Infliximab, Bamlanivimab and Etesevimab, Casirivimab and Imdevimab, 2-Deoxy-D-Glucose and Favipiravir, sources said.

2) Petrol Under GST: Not Right Time

The GST Council on Friday discussed the issue of bringing petrol and diesel under GST. Earlier, Kerala High Court issued a directive mentioning petrol and diesel should be included in GST considering the skyrocketing rates. This was the reason behind picking up the isssue in the 45th GST Council meeting. Several states have rejected the inclusion of the auto fuels under GST, the finance minister said.

Sitharaman said this was not right time to bring petrol under the ambit of GST.

“The GST Council agreed that this was not the right time to bring petroleum products and natural gas under GST ambit, which was contrary to the expectations of the general public , and considering that most States strongly denied this proposition, it seems that these goods are not likely to be subsumed in GST anytime soon," said Rajat Bose, partner, Shardul Amarchand Mangaldas & Co.

The compensation cess that will be collected till March 2026, will be used to pay back the interest and principal of the Rs 2.69 lakh crore total that the Centre borrowed, she said.

The extension of compensation cess levy upto March 2026 is expected to impact consumers as the same will be recovered from them, Rajat Bose said.

Goods and Service Tax (GST) Council has been discussing the proposal of bringing e-commerce operators under GST ambit for providing certain service, finance minister said on Friday. The e-commerce operators will be liable to pay tax for providing following services a) Transport of passengers, by any type of motor vehicles through it, b) Restaurant services provided through it with some exceptions. Food delivery aggregators such as Zomato and Swiggy will have to pay GST for supplies made by them. The changes is going to come into effect from January 1, 2022 to allow e-commerce operators to make software changes.

“E-commerce operators Swiggy and Zomato to pay GST on restaurant service supplied through them, and tax to be charged at point of delivery," finance minister said.

Formation of two Group of Ministers

Finance minister also announced that GST Council had decided to set up a two group of ministers to examine certain changes — One group will look into the issue of correction of inverted duty structure for major sectors; rationalise the rates and review exemptions from the point of view of revenue augmentation, from GST.

Another group will discuss ways and means of using technology to further improve compliance including monitoring through improved e-way bill systems, e-invoices, FASTag data and strengthening the institutional mechanism for sharing of intelligence and coordinated enforcement actions by the Centre and the states. Both have been asked to submit report in two months.

On the positive front, the GST Council has corrected inverted duty structure for various sectors which was a pending issue for a long time.

An inverted duty scheme on footwear and textiles will be corrected from January 1, 2022, said Sitharaman. Now a GST rate of 12 per cent will be applicable on specific renewable devices and pens will now attract single GST rate of 18 per cent.