India Q3 GDP: Five things to watch out for 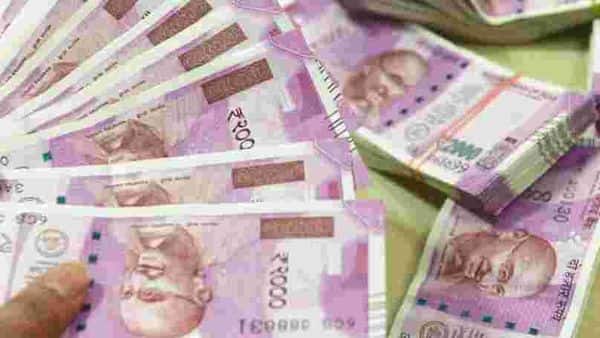 The ratio of currency in circulation to GDP takes into account the size of the Indian economy. 3 min read . Updated: 26 Feb 2021, 12:06 PM IST Asit Ranjan Mishra For Q3, on the supply side, growth is expected to be led by manufacturing sector and on the demand side, it is likely to be supported byhigher private consumption and government spending. Net exports, however, will likely be a drag.

NEW DELHI: The Indian economy, devastated by the coronavirus pandemic, is expected to have returned to growth trajectory in the December quarte, data for which will be released by the National Statistical Office (NSO) later on Friday.

In the June quarter, India's GDP growth contracted for the first time in more than 40 years by a massive 23.9%, as the government announced a nationwide lockdown to contain the spread of the coronavirus, bringing economic activities to a standstill. The economy recovered somewhat in the September quarter with the pace contraction slowing down to 7.5% as businesses gradually resumed operations.

Here are the five things to watch out for in the December quarter GDP data:

While ICRA Ltd and HDFC Bank expect a mild recovery in economic activity, with projected GDP growth of 0.7% and 0.8% respectively for the December quarter, IDFC Bank has projected 1.8% GDP growth for the period. The strength of economic recovery in Q3 will set the pace for growth in the March quarter and in FY22.

The bounce back of GDP in September quarter surprised economists because it came in the backdrop of the Centre pruning its expenditure, especially capex, considered to be growth stimulant for the economy.

Higher capex spending and net lending in the third quarter which increased by a significant 117.7%, in contrast to the contraction of 39.1% in Q2 is expected to have aided economic recovery in the December quarter.

For Q3, on the supply side, growth is expected to be led by manufacturing sector and on the demand side, growth is likely to be supported by both higher private consumption and government spending. However, net exports will likely be a drag.

Monthly trade data shows that exports growth remained weak averaging -4.6% in Q3 against -5.3% in Q2 while import growth improved, with a lower pace of contraction of 5.76% in Q3 versus a 25.1% decline in Q2.

"The outliers that continued to contract in Q3 FY21 included sectors such as aviation, reiterating that the contact-intensive portion of the economy will take longer to recover," ICRA said in a note.

The second advance estimates for FY21 will also influence the growth projections of professional forecasters for FY22. Currently, rating agency Moody’s has projected 13.7% growth for FY22 while the Reserve Bank of India and Economic Survey have more modest estimates of 10.5% and 11% respectively. The International Monetary Fund has forecast 11.5% GDP growth for FY22.

The latest GDP print, to be released today, may lead to upward or downward revisions of FY22 forecasts.