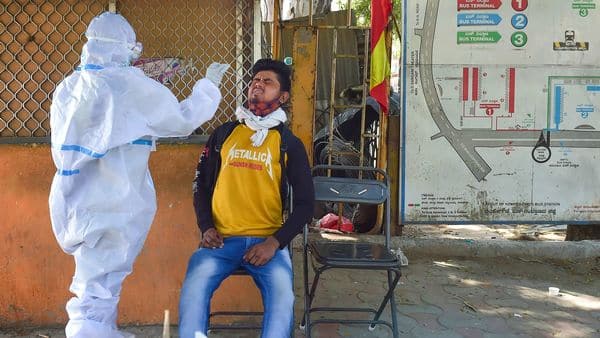 According to the Kerala government, the total number of recoveries in the state rose to 10,05,497. Meanwhile, witnessing 15 new fatalities in the last 24 hours, the state's death toll reached 4,197.

As many as six states including Maharashtra, Kerala, Punjab, Karnataka, Tamil Nadu and Gujarat - have shown a surge in new cases in the last 24 hours, said the Union Ministry of Health and Family Welfare on Sunday.

According to the Ministry, 86.37 per cent of the new cases are from these six states. As many as 16,752 new cases were registered in the last 24 hours.

The Centre has been engaging with the states and UTs exhibiting a higher caseload of active cases and those reporting a spike in the daily new COVID-19 cases.

The Cabinet Secretary reiterated that states need to maintain a continued rigorous vigil in terms of containing the spread and not squander away the gains of the collective hard work of the last year.

"They were advised not to lower their guard, enforce COVID appropriate behaviour and deal firmly with violations. It was strongly underlined that they need to follow effective surveillance strategies in respect of potential super spreading events," the Ministry said.

84.96 per cent of the new deaths in the six states- Maharashtra, Kerala, Punjab, Karnataka, Tamil Nadu and Gujarat. India reported 113 deaths in the last 24 hours.

Moreover, a total of 1.07 cr people has recovered so far. 11,718 patients have recovered and got discharged in the last 24 hours, while 84.19 per cent of the new recovered cases are observed to be concentrated in six states.

According to the Health Ministry, India is all set to start the second phase of COVID-19 vaccination on March 1, 2021, for those who are over 60 years of age and for people aged 45 and above with specified co-morbid conditions.

(With inputs from agencies)