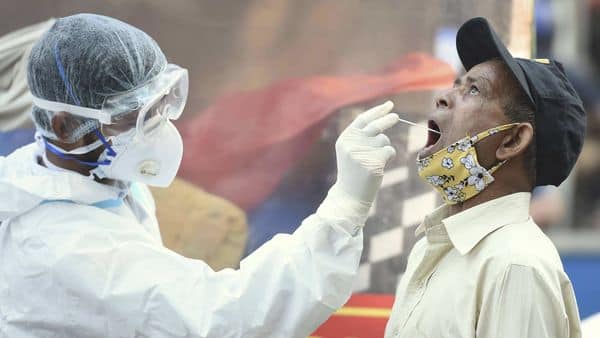 Last week, an official had said that researchers had found two new mutations in coronavirus samples from Amravati and Yavatmal districts, but no foreign strain of virus was found

Maharashtra: A curfew has been imposed in Yavatmal district of Maharashtra. The curfew will remain in effect from 5 pm on Saturday to 9 am on Monday. Essential services will continue to be offered.

M Devender Singh, Collector, Yavatmal said, "Curfew imposed in Yavatmal district from 5 pm on Saturday to 9 am on Monday, essential services will continue during this curfew."

Last week, an official had said that researchers had found two new mutations in coronavirus samples from Amravati and Yavatmal districts, but no foreign strain of virus was found.

These new mutations were characterized by the virus' ability to escape neutralizing antibodies in the host person's body, said Dr Rajesh Karyekarte, head of the Department of Microbiology at the state-run B J Medical College in Pune.

The authorities had announced that schools and colleges in the district will remain closed till 28 February. Restaurants, function halls to operate&marriage ceremonies to be held with less than 50% capacity of people, the district collector said. Assembly of 5 or more people not allowed. However, the new curfew is expected to increase restrictions in the district.

According to the latest data by Ministry of Health and Family Welfare, the state currently has 65,461 active cases. There has been a surge of 4,902 cases, according to the data made available at the time of writing this article.

Various states in the country have been witnessing a new wave of covid-19 infections, including some threats from various virus mutations. The states have started.