Moody's revises India's growth projection to 13.7% for FY22; expects contraction of 7% this fiscal 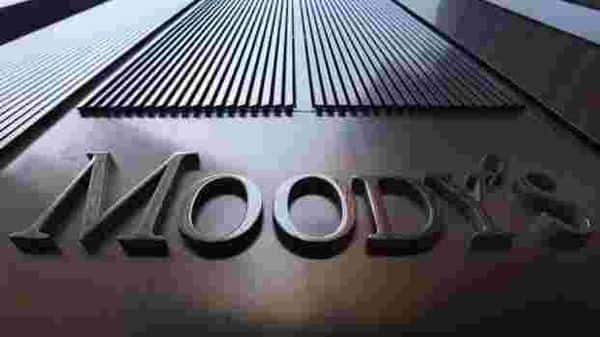 The agency had said late last year that conditions will improve for Indian corporates next year 2 min read . Updated: 25 Feb 2021, 01:56 PM IST Staff Writer The revised numbers came on the back of normalisation of activity and growing confidence in the market with the rollout of Covid-19 vaccinesThe very large rebound incorporates the view that recovery in market activity will continue

Rating agency Moody's on Thursday upped India's growth projection for the next financial year, beginning 1 April, to 13.7% from 10.8% estimated earlier.

The revised numbers came on the back of normalisation of activity and growing confidence in the market with the rollout of Covid-19 vaccines.

In addition to this, for the current fiscal year, the agency expects the economy to contract 7%, lower than its previous estimate of 10.6% contraction.

"Our current expectation is that in the current fiscal ending March 2021, the economy would contract 7%. We expect a rebound of 13.7% growth in the next fiscal on the normalisation of activity and base effects," said Moody's Investors Service Associate Managing Director (Sovereign Risk) Gene Fang.

The very large rebound incorporates the view that recovery in market activity will continue, with the rollout of vaccines and growing confidence of normalisation of processes, Fang said in an online conference on India Credit Outlook 2021 organised by Moody's and its India affiliate ICRA.

According to Moody's, the central government's fiscal deficit for FY2021 and FY2022 should be lower than projected, supported by stronger revenue generation in the fourth quarter of FY2021 and higher nominal GDP growth in fiscal 2022.

ICRA expects the Indian economy to contract 7% in the current fiscal and growth to rebound to 10.5% in the next fiscal beginning April 1.

"Recession in India has ended," Nayar said, adding there could be upside to growth in FY'22 if the government's capital expenditure increases, budget announcements are implemented and vaccination drives are carried out.

The agency had said late last year that conditions will improve for Indian corporates next year as economic activity picks up steam post-lockdown and earnings grow.

Most companies' earnings will grow as demand starts to recover following a sharp slump, and financially strong companies will maintain good access to funding, but speculative-grade issuers will face challenges, it said.

"Broad-based demand revival and a low base in 2020 will support strong GDP growth of 10.8% in India in fiscal 2022 ending March 2022, following a decline of around 10.6% in fiscal 2021 – the country's first contraction in four decades," Moody's Analyst Sweta Patodia had said.

"A combination of higher earnings and reduced capital spending will support deleveraging over the next 12-18 months," Patodia added.