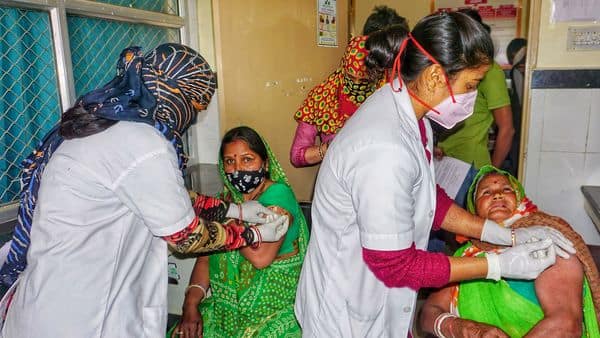 Rajasthan government today said that people coming to the sate from Maharashtra and Kerala to Rajasthan should provide negative RT-PCR report not older than 72 hours on their arrival.

The Rajasthan government issued a statement after both Maharashtra and Kerala showing fresh spurt in covid-19 cases.

The decision for the people visiting Rajasthan from the two states to have negative corona RT-PCR test reports was taken in a review meeting chaired by Chief Minister Ashok Gehlot at his residence on Thursday. The government also decided to run an awareness campaign from March to encourage people for vaccination against Coviod-19.

"In a review meeting on Covid infection and vaccination, it has been decided that it will be mandatory for the people coming to Rajasthan from Maharashtra and Kerala to bring a negative report of the corona RT-PCR test," Gehlot tweeted. He also said an awareness campaign for vaccination will be started from the first week of March.

Meanwhile, no fresh coronavirus death was recorded in Rajasthan on Tuesday even though the state reported 76 new cases, officials said. With the latest additions, the death toll in the state rose to 2,785, while the total number of infections went up to 3,19,702, which included 1,195 active cases, according to a health department bulletin.

Of the new cases, 19 were reported from Jaipur, 12 from Jodhpur, nine Udaipur, seven Banswara, and five each from Bhilwara and Nagaur.

As per the bulletin, 3,15,722 people have been discharged after treatment till now.