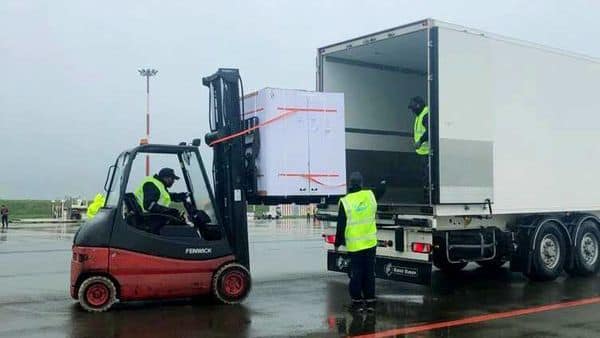 Indian vaccines land in Casablanca on Friday (ANI) 2 min read . Updated: 25 Feb 2021, 08:46 AM IST Staff Writer So far, around 90 countries have broadly supported the TRIPS waiver proposal at the WTOIf India succeeds in getting the proposed waiver of the agreement on TRIPS, it will reduce the cost of vaccines substantially and enable free flow of medicines

The World Trade Organisation is under pressure to seriously consider the Trade-Related Aspects of Intellectual Property Rights (TRIPS) waiver on Covid-19 vaccines after several European Union lawmakers and a group of least developed countries (LDC) recently lent their support to India's proposal.

In the declaration, MEPs stressed that "the EU's open opposition to the TRIPS waiver risks exacerbating a dangerous North-South divide."

The call reportedly comes a day before a meeting of the European Council scheduled on 25 February, and the crucial decision to be made by all Member States at the WTO General Council on 1 and 2 March.

According to reports, a group of lawmakers from the Democratic Party also want US President Joe Biden to support the TRIPS waiver proposal.

So far, around 90 countries have broadly supported the TRIPS waiver proposal at the WTO.

Wealthy countries like the US and Britain as well as the European Union are against the proposal to waive TRIPS.

They say that a ban would stifle innovation at pharmaceutical companies by robbing them of the incentive to make huge investments in research and development. This would be especially counterproductive during the current pandemic which needs the drugmakers to remain on their toes to deal with a mutating virus, they argue.

Why does India want the waiver?

India, which is often described as 'World Pharmacy' is supplying vaccines to more than 70 countries on a humanitarian and commercial basis, is spearheading the move to get a TRIPS waiver at the WTO.

If India succeeds in getting the proposed waiver of the agreement on TRIPS, it will reduce the cost of vaccines substantially and enable free flow of medicines, easy technology transfer across the world.

However, the road to getting the proposal cleared and develop consensus is not easy as many western countries are opposing the move.

The Agreement on Trade-Related Aspects of Intellectual Property Rights or TRIPS Agreement came into effect in January 1995. It is a multilateral agreement on intellectual property rights such as copyright, industrial designs, patents and protection of undisclosed information or trade secrets.

India and South Africa had approached the global trade body in October, calling on it to waive parts of the Agreement on TRIPS.